What types of lights can I control with ELM? Print

ENTTEC LED Mapper sends standard eDMX protocols over a network (Art-Net4, sACN & KiNet), allowing its data to be used by any DMX-enabled fixture, including PARs and LED controllers.

You can specify an offset when patching in ELM, allowing you to easily merge the DMX from ELM with the DMX from a lighting console. This way, you can control complex fixtures like moving heads: ELM looks after the colours, while the console will control the movements and other parameters.

To patch pixels with UV elements in ELM, ENTTEC recommends patching the device excluding the UV channel but setting the LED offset to one extra to leave a gap for this channel.

For example, an RGBWA(UV) strip would be patched as RGBWA with an LED address offset of 6. 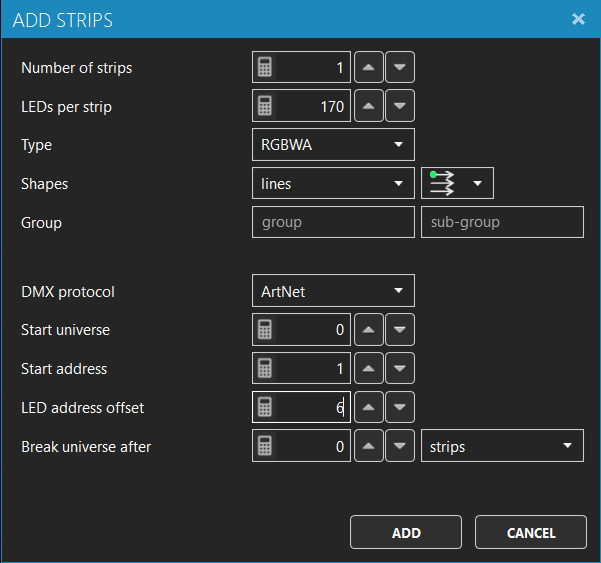 To control the UV channel, you can create a separate stage using single-channel white pixels to fill in the gaps left by increasing the offset. 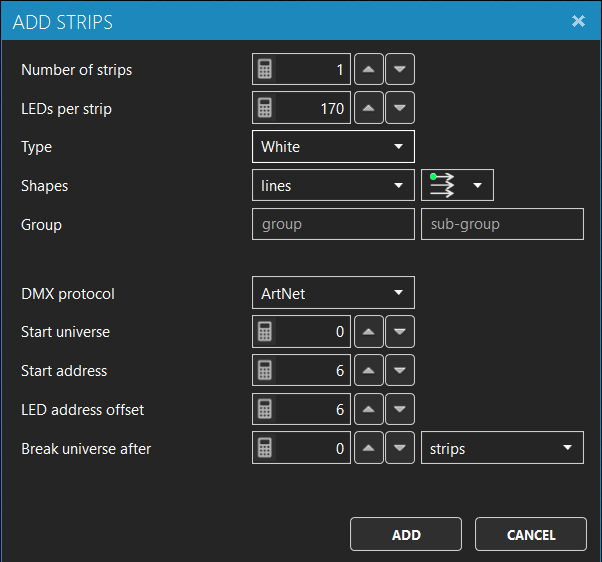 The white level is determined by the "whiteness" of the RGB colour.

For total control over the white channel, when using certain LED pixels with a warmer colour temperature, you can patch each RGBW LED as an RGB LED followed by a White LED using ELM’s 'LED Address Offset' function. Then you can control all white LEDs from another stage.

Step 2 : Add RGB Strip(s) to Stage. As the Strip(s) is RGBW and not RGB, you need to set the LED Address Offset to 4. 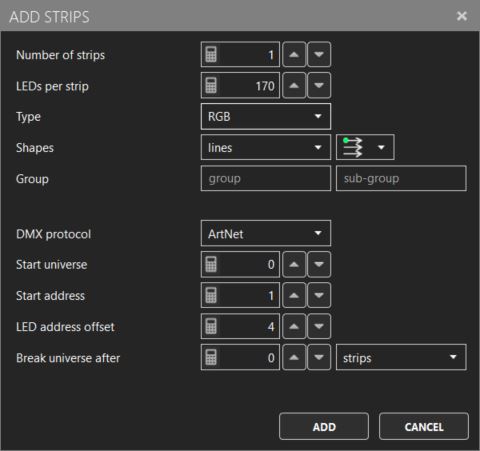 Step 3: Position Strip(s) on Stage. Duplicate the Stage from the Manage button in the top Right. 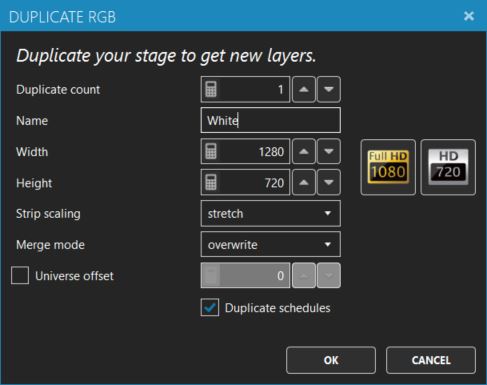 Step 4: Next, you will need to Duplicate the Strip(s) within the new ‘White’ Stage; this will break the link between the Duplicated Stages. Set the Universe Offset to 1; all other Offsets should be 0. 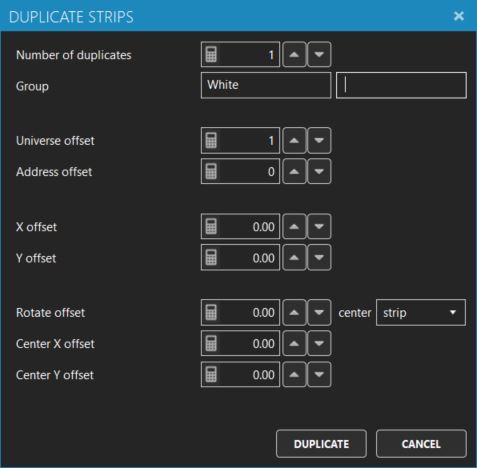 Step 5: We will need to edit the newly created duplicate Strip(s) Settings. Set the Type to White. Set the Start Universe to be the same as your RGB Strip(s) and the Start Address to be 4. The LED Address Offset should remain as 4. 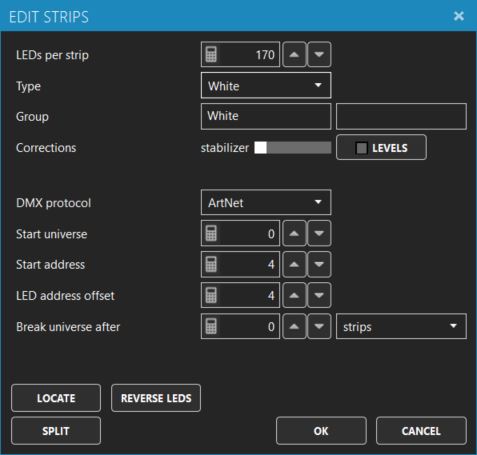 Step 6: You can now delete the original RGB strip(s) from the ‘White’ Stage. Now within the Live window, if you set both the RGB and the White to be playing the same content ID, you will be able to control the amount of White using the White Stages Int. Fader - As seen in the video where every 4th channel (white) is controlled).

Note: A similar method can be used to control the Amber or UV channel in other LED pixel Types. The closer the RGB colour is to amber, the more the amber channel is activated. The RGB channels are dimmed as the amber channel goes higher to maintain a uniform light output level. This way, you can get a pure amber colour. If you want to counteract this, you will need to Patch an RGB strip and an Amber (Warm White) Strip separately.

Did you find it helpful? Yes No

Send feedback
Sorry we couldn't be helpful. Help us improve this article with your feedback.